The Book Depository is a magical and wondrous place where you can buy books online and ship them to over 160 different countries— FOR FREE. Yes. FREE. Shipping. Worldwide. As such, it is the perfect vehicle for internet-based giveaways. Which leads me to the grand announcement…

In honor of discovering TBD, some writing milestones, and an upcoming birthday, I am hosting my very own book giveaway on tumblr! The prize is $20 (USD) of books from the Book Depository. Full rules and details here. You can enter until August 22!

Please note that for ease of operation, this giveaway is open to tumblr users only. But I hope to see some of you over there!

Hope your summers (and summer reads) are off to a great start!

(Panting) OK. OK. I think I finally got it. I’ll still have to update it manually, but I managed to get pretty dang close to the shiny Goodreads montage without the help of widgets. Check out my new Reading List page here!

So I thought I could just add a cheeky Goodreads widget and have this beautiful, automatically updating montage of books read and books to read on my Reading List page, but ahahahaha, oh-hoho I was wrong. WordPress does not support the necessary javascript, and even with the simplest widget Goodreads offers, WordPress displays it wrong.

SO my friends, it appears I’ll be getting creative. Stay tuned.

As my TBR list sprawls wildly out of control– hard to read, nearing 200 items, and hopelessly behind on both additions and books I’ve actually finished– I have decided to move from a written list to a system that will be easier to process and less work to maintain.

But before I do, I thought I would post the old list here as a sort of memento of times past, and also a celebration of the progress I’ve made in my efforts to read more since starting this blog. As many items as there are remaining, there are quite a few crossed off, too. And who doesn’t enjoy the satisfaction of items crossed off a list?

While living in Japan, where I had very slim access to books in English, I started a reading list. Containing novels, nonfiction, plays, speeches, classics, books for teens, children, and adults, the list quickly ran wild. It continues to grow, taking over cities, genres, and age groups and plotting world domination faster than I can pare it down. Keep an eye out for additions– if we aren’t careful, they just might block out the sun.

A former professor once said that she liked to think of readings as gifts: something that one gives one’s audience. That listeners can enjoy and take meaning, amusement, solace from. Or anything, really; it’s the author’s gift to give. What it does is, by and large, up to them.

I am fortunate to live in a city never wanting for literary events. This year, especially as it was one of my writing resolutions to attend more readings, I have had the chance not only to experience these events, but to observe just what sort of “gifts” their authors are giving.

Here are some observations I’ve made– both as an attendee, and as an author taking notes for the hopeful Someday she might be on the other side of the podium. First,

1. Most readings consist of the same parts: introduction/stand up (the author introduces him/herself and drops a few well-chosen lines to get listeners laughing and engaged); the actual reading of material from the book the author is there to promote; open Q&A with the audience; the signing of books.

2. Every author reads differently. Some authors read a great deal. Some don’t. Some read from books other than what they are there to promote, or in addition to it, and some read what they’re working on now or just wrote that morning.

3. Distraction happens. People sneeze. Babies cry. Small children, and occasionally long lines of teenagers thread through the audience or before the podium at THE MOST inconvenient occasions. A speaker can either read on, or, as David Mitchell did, take it in stride: acknowledge a running child with, “Hello, little person!” a throng of teens with “Hi guys!” and a crying infant with “It’s my reading, and he can cry if he wants to.” For me, this last approach really harkens back to the gift-giving aspect: rather than shaming these people or willfully ignoring them (or indeed competing with them for the audience’s attention), one is reaching out to the source(s) of distraction in a respectful, playful, and even inviting manner. Thus rather than a nuisance, it becomes a bit of fun for the audience, and parents/sneezers/wanders-through are more likely to feel gratitude than embarrassment. Might even gain some new listeners.

1. There is more than one way to engage with an audience. What a speaker can do beyond speaking is perhaps limited by context, but there’s a certain amount of room for creativity here. Gretchen Rubin, author of The Happiness Project and Happier at Home, at one point discussed the small indulgence of appreciating smell, and as a sort of enhancing prop passed around vials of some of her favorite handmade scents.

As someone with classroom experience, I could see engagements taken in other directions, too: shows of hands. Short games. Trivia with candy/literary/other prizes. As long as it’s relevant.

2. What a presenter can give is not limited to a great performance. I’m thinking specifically of David Sedaris here, who makes a point of giving his listeners (particularly teens, who it is rarer to see at readings) some kind of physical token to take home. He gives small things, random things: tiny plastic toys, postcards,  bracelets, hotel shampoos, packets of honey mustard, things from his pockets, sometimes things former listeners have gifted him (like a small box of chocolates, which he couldn’t eat).

Obviously this is one to exercise good judgment with, but for Mr. Sedaris’s standard genre (humorous creative nonfiction) it’s both amusing and appropriate. And what an unusual, lasting impression it makes!

3. If you’re trying to generate interest in something other than your book, a reading may be a good place to do it. I have seen newsletter signups passed around (Rubin) and authors promoting another author’s book alongside their own (Sedaris). Both alluded to these extras only briefly, and did so in a non-intrusive way.

Again, though, it’s all about relevance. Most readings are not places for promoting political agendas, etc.

4. If you don’t want to take pictures with people, you don’t have to. As a presenting author, you can work with the bookstore/library/school etc. staff to establish some ground rules beforehand. While some speakers are naturally photogenic and happy to pose with those getting their books signed, others would prefer not to pose, and some would rather not take pictures at all. David Sedaris mentions a sly trick in Let’s Explore Diabetes with Owls: he asks the bookstores to put out a large sign forbidding photography, and makes it sound like it’s their policy that photos not be taken.

5. Engagement doesn’t have to end at the event. Many authors are on social media, and some take to the Tweets (/tumbls, etc.) after a reading to continue engaging with people who came to see them.

It's always a treat to hear authors read their own work, but I've NEVER heard delivery as good as @BJNovak's this eve. YAY One More Thing!!

What were your favorite books this year? They don’t have to be new as long as they were new to you!

Here are some of my favorites (not presented in rank– they were all 5 stars for me): 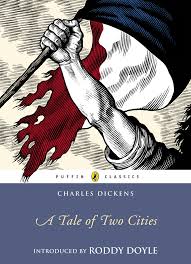 If so, what’s on it? Writing fan letters to your favorite authors (or perhaps meeting them)? Visiting places from your favorite books, like the House on the Rock in American Gods (or the Harry Potter world in Universal Studios)? Going on a literary pilgrimage, or filling a library of your own with signed first editions?

A literary bucket list is something I’ve been meaning to sit down and commit to paper for a while now. Or at least brainstorm over. I think it’s always good to have dreams, and as a writer it could be especially nice to round out some of the Years Away, Distant Mountain goals like publication and viable authorhood with things you can cross off in a day. I’ll be interested to see what’s on other people’s lists! 🙂

Day 13: What motivates you to keep writing?

OH, you mean the POSITIVE things.

Well, let me first say this: deadlines have their positive attributes, too. If you have them, it means that someone is expecting your work, which means that someone will be reading your work (and why does a writer write except to be read?), probably that somebody has already admitted to liking your work, and it may very well mean that there is money involved. I just finished my second paid freelance gig ever and actually have a check on the way. Ain’t gon’ lie: had myself a wee bedroom dance party just now.

But let’s be realistic: I didn’t become a writer for the money. Nobody who wanted to would blow 5-10 years worth of regular freelance gigs on a university education in creative writing. Ha, ha, ha…

So what are some of the other things that regularly motivate me to keep writing?

1. Fans. Having loyal readers is priceless for motivation—they encourage us writers in so many ways. From friends to family to online followers (and yes, ideally, one day we all want to be the next J.K Rowling with readers all over the world), fans motivate me with everything from praise (“loved your story!”) to pressure (“why haven’t I seen anything from you lately?”) to the simple anticipation that what I’m writing will be read by somebody else. That in itself creates a beautiful space for meaning.

2. Challenges. I’m no Type A, but a good creative challenge really fires me up. Even though it might initially stress me out, I like prompts that push me to think on my feet and make new connections and try something utterly foreign and scary. This last freelance gig I did? (My second real paid one. Ever.) It was a script-writing assignment for a potential commercial.

Also, the client needed it within 36 hours of the time the assignment was described to me.

Excuse me while I get up and dance again.

3. The Need. The need for expression is twofold for me: on the one hand there is the need to express myself creatively (it is my lifeblood); on the other is the need to record. I’ve kept many, many journals over the years, often haphazard and scattered accounts. But every single entry—no matter how inconsistent or boy-crazy—captured a single moment in time. Put it in amber. I can relive the moment in clear detail and feeling whenever I leaf through the pages.

4. The Learning Curve. I’ve recently realized that even fiction (sometimes even poetry) requires a great deal of research in order to be convincing. For me that’s no concern—I love learning! The only issue is that research time takes away from actual writing time… But really. How cool is it to have a [hobby] [profession] [need] that keeps you mentally agile and privies you to loads of awesome, unsung info?

5. Good Writing. When in doubt, look to your writing idols and role models. They made it and so can you. How did they do it? What wisdom do they offer? There’s a trove of motivation / inspiration to be had right on your bookshelf.