anisette: a liqueur flavored with aniseed (with a taste similar to licorice)

dander: (in the story in which it appeared) anger or temper

2. All of the files, images, research and print-outs I’ve made in the course of writing a book make one heaping, haphazard compendium.

3. Apparently “getting one’s dander up,” while referring literally to dandruff (as in hackles), is synonymous with anger or losing one’s temper.

Better sentences? Leave ’em here! I wrote these late at night and I know there are more creative things to be done…

My three words of the day are these:

dais: a throne, platform, or seat of honor

Trial sentences follow. Today I’m breaking the rules and busting out dialogue and French, ’cause I’m a writer and Francophone and I can. Also, I need to practice my French.

1. Person A: “What is that infernal skirling?”

Person B: “Kid upstairs got a recorder.”

Person A: “Is he trying to play it or blow his nose with it?” 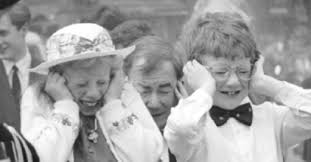 3. His science teacher stood on a platform, but it was no dais: he used it in order to reach the whiteboard.

Really– I can barely reach the top shelf, myself!

Any other sentences, readers? 🙂

Hellooooooo structure, you beautiful fox, you. Thank you, thank you. Merci, if you will.

So, I just signed up for my first ever French class.

To most people, this is probably not the most exciting news. In fact, most people would probably equate “I just signed up for a class” with “Good-bye, free time,” “#hasnosociallife,” or “Why is my checking account two-hundred bucks lighter?” But for me French 101 means direction, growth, and leads. French 101 means change. For all of my uncertainties in life right now– where I’m going, what I’m doing, how to progress, how to best pursue writing, and whether my novel-in-progress will hold its own or pancake– I am certain, for once, that this is what I need to be doing.

Some of the reasons I look forward to it:

Yowza. Never thought I’d see the day I was excited for homework or tests. Or being accountable, for that matter. I remember once, in high school, my best friend and I were having a contest. The contest was to see who could say “I’m responsible,” and go the longest without cracking up.

The times, they are a-changin’.

P.S. A brief writing-related note: today, for the first time since I set my 1,000 words-a-day goal, I actually made it. And that is NOT counting this incredibly rambly, un-edited blog post. Am I not fantastic???

Today I tried something new. I made a chocolate mousse.

Now I’m posting about it.

…On my writing blog.

Writers eat too, right? And there’s a point in sharing this, I swear. I’m not just out to make you drool and fight back your own chocolate demons (though I will admit I did a fair amount of both in my own mousse-making endeavors). No, ye cherished and hungry readers; today’s post is about the virtues of doing something you’ve never done before.

Here’s why trying something new is awesome: when you do something you’ve never done before, the world opens before you. One new thing leads to the next, and soon you’re making all kinds of discoveries, acquiring new experiences, learning new skills, knick-knacks, party tricks, and handy-dandy, honest-to-god practical (or utterly impractical, but fascinating) information.

Case in point: I’m not helpless in the kitchen. But I’m no expert, either. (I envy the people that make every dish and dessert by feel, rather than following a recipe. I’m a recipe-following, direction-using kinda gal myself.) Making this chocolate mousse taught me at least three kitchen skills I can now use in future cooking / dessert-magicking efforts:

1. that the best way to neatly crack an egg (again, I’ve been cracking eggs for years, but not always beautifully) is to give it a swift tap on its side, right in the center, on the edge of a mixing bowl; 2. how to separate eggs into whites and yolks;

3. how to make and recognize soft peaks and stiff peaks, using an electric mixer. Main thing here is that “peak” was a new term for me. It’s simple stuff, but all things I’d not previously encounted. And now that I know these basics perhaps next time I’ll be a bit more adventurous, throw in a few more steps and ingredients, and wind up with something as decadent and butt-fattening as this next time:

Whoops, there goes the drool again.

Another awesome thing about this dessert-delving was that it allowed me to practice my French. Believe you me, nobody prances about the kitchen naming various utensils and ingredients (both in my recent French vocabulary studies) quite as enthusiastically as I do. French is such a beautiful language. The words are almost as delicious as the food I was using them to describe. Fourchette. Chocolat. Crème.

Mmmm. Now all I have to do is wait eight hours for the mousse to refrigerate and set. It’s gonna be a looooong night…