Hahaha, you thought I was done shouting last week when I shared this?

Well, check out what appeared in Publishers Marketplace this week: 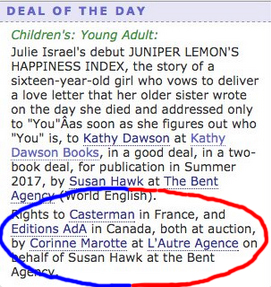 Can you tell which part I’m most excited about? (Hint: not the sensible thing, which is that there were actually two books to this deal with a Big Five imprint, but that my debut also sold in France and Quebec– and is going to be translated into one of my favorite foreign languages!!)

JUNIPER is slated for release next year, summer 2017. If you’d like to be notified when the book is added to Goodreads, made available to pre-order, or will be celebrated/raffled off in a giveaway, you can let me know here or subscribe to my website RSS feed. Alternatively, follow me on Twitter or tumblr for antics peppered with book news!

For now, thanks for helping me celebrate. Virtual doughnuts on me! 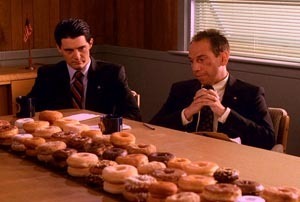