Today the Read Room welcomes as guest author Kate Scott, who is here visiting on a promotional blog tour for her new book, Counting to D. Counting to D releases February 11. Give it up!

I know Julie Israel in real life, sort of. We’re in the same writing critique group. We’ve met face to face numerous times. I’ve read her fiction. She’s read mine. We’ve talked about writing, and we’ve traded book recommendations. But I don’t know anything else about her.

We aren’t friends. We’re barely even acquaintances. All I know about Julie is the fiction she invents, and she doesn’t know anything about me beyond what I write. My lack of knowledge regarding Julie’s life doesn’t mean she doesn’t have one, though. I’m quite certain Julie is in no way a one-dimensional person. She feels a myriad of emotions every day. She has hopes, fears, dreams, and regrets. She has to. She’s human.

If I were to write a story about my life, Julie would be lucky to make anything more than a brief cameo. If she even appeared at all, it would be unlikely for her to receive a name. Julie isn’t a major player in the Kate Scott story. She barely qualifies as a member of my supporting cast. Yet, she exists all the same, fully formed and infinitely complex. Funny how reality works that way.

I’m a fiction writer, not a memoirist. My YA novel, Counting to D, tells the story of a girl named Samantha Wilson. Samantha’s life is complicated. She has hopes, fears, dreams, and regrets. But so does everyone else in her world. As an author, it’s my job to remember that.

Characters, both large and small, enter stories for a purpose, and each scene needs to move the story forward. Writing in first person, it’s easy to get caught up in the life of the main character and to think of the other characters as nothing more than animated props. But one-dimensional people aren’t real, and one-dimensional characters shouldn’t be either.

Minor characters need to have their own lives with their own problems. Sometimes, those problems intersect with the main characters’ and make it into the narrative, and sometimes, they don’t. But their lives always dictate who the characters are and how they interact with the people around them.

One of my absolute favorite characters in Counting to D is a girl named Kaitlyn Banks. At the beginning of the story, Kaitlyn is introduced as a mean popular girl, and it would have been very easy for me to keep her that way. But as an author, I found myself asking the same question every time Kaitlyn walked onto the page: “Why is this chick such a bitch?” Once I figured out the answer to that question, my story’s stereotypical villain became a beautifully complex character with a subplot all to herself.

As a general rule, I require myself to make every single character in my books significant enough to receive a name and their own character arc. Granted, some of these character arcs are smaller than others, and they may unfold in only a few sentences. But together, they weave a larger and more compelling story.

Counting to D is about Sam, but Sam doesn’t live in a vacuum. The people around her help shape who she is. More importantly, the people around her are people. I’ll say it again: one-dimensional people are mythical creatures that don’t exist in real life and shouldn’t appear in fiction either.

Julie might not know me any better than I know her, but just as I’ve read for her, she’s read Counting to D. The first thing she said to me after she finished it was, “You write really great supporting characters.” I accepted her statement as a compliment, even though I knew she was wrong. I don’t write supporting characters at all. I can’t—because there’s no such thing.

Today’s Forum Friday is for fun: if you could be any fictional character, who would you be and why?

Plus: be a Cheshire cat! 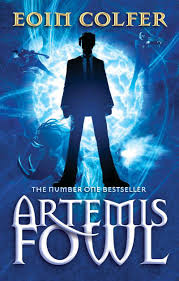 Forever young and beautiful…don’t mind the rotting soul in the attic!

Shoot the crap and call the phonies.

Witty, pretty, loved by all & RICH (via almostwritten) 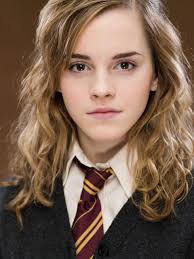 The witch with all the answers (via a girl who reads) 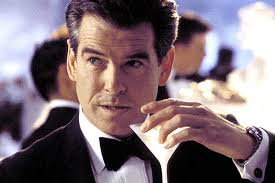 Posh, pissed, and privileged with super-cars despite inability to drive (via DrFrood)

Open to all genres, literary and non. Chime in, and let’s have fun with this– I’d be glad to post more pics and captions 🙂