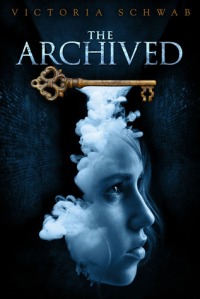 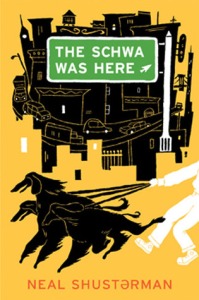 THE EVOLUTION OF MARA DYER

THE SCHWA WAS HERE

THE UNBECOMING OF MARA DYER

Most Enchanting – THIS IS SO HARD to choose just one for because at least four of the above books contend! If pressed, I would choose THE NIGHT CIRCUS by Erin Morgenstern. The premise is original, the magic dazzling. Morgenstern has a gift for spinning magic in an exquisite yet minimal way, so that we seamlessly accept the arts without needing much of any explanation for them. There are also rules at work that even the protagonists don’t understand, which puts the reader right there with them.

Best Discovery – THE SCHWA WAS HERE by Neal Shusterman. This is the one book on this list that was not recommended to me by a friend, Tumblr, Goodreads, or a bookstore display; I pulled it down off a shelf at random. And I am so glad I did, because the antics of Anthony “Antsy” Bonano and his “functionally-invisible” friend Calvin Schwa made me laugh out loud, even when they broke my heart.

Most Loved – You may have noticed a similarity in two titles listed. That’s because I devoured THE UNBECOMING and then THE EVOLUTION OF MARA DYER by Michelle Hodkin. The lone survivor in the collapse of an old asylum, life is one creepy episode after another for Mara when she wakes up in the hospital with no memory of the night that killed her friends. PTSD and hallucinations make it impossible for her to distinguish between what’s real and what isn’t—especially when a string of violent deaths come to pass exactly as she imagines them. This series may be the BEST crossroads of dark, spooky, supernatural, and dreamlike I’ve yet encountered, and has some of the best relationships—close siblings, worried parents, a snarky friend and a seductive ally—I’ve found between any two covers.

What were your favorite books this year?